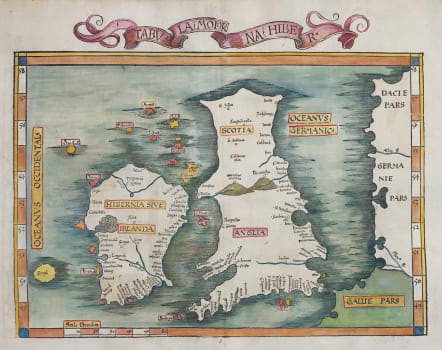 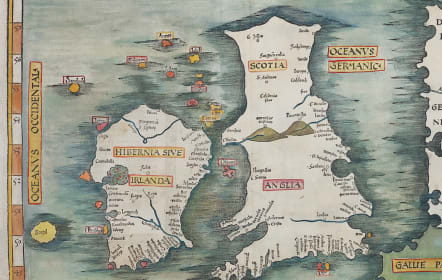 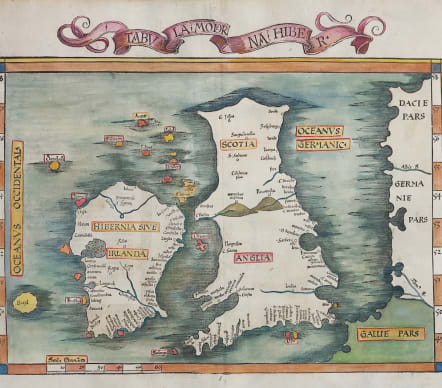 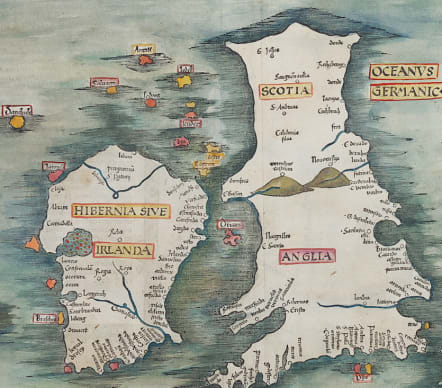 This 'modern' outline is a distinct improvement on the Ptolemaic outline. Waldseemuller (copied here by Fries) has corrected the slanting Scotland and Cornwall, and has added many new towns, most notably along the southern and eastern coasts of England and Ireland - areas well known to European sailors and merchants. London and the Thames are named in the interior, along with the hills dividing Scotland and England. However, contrary to the modern concept of the cartography, the mythical island of "Brazil" appears off the west coast of Ireland.

Near mint condition for this important map

Laurent Fries was a French physician and mathematician born around 1485 in Mulhouse. He settled finally in Strassburg where he meat Peter Apian and the publisher Johannes Grüninger which made him interested in the Ptolemy Atlas of 1513 and 1520. Fries made new woodcut maps in reduced size. His Ptolemy Atlas was published first in 1522, reissued in 1525, 1535 and 1541. He died in 1532. 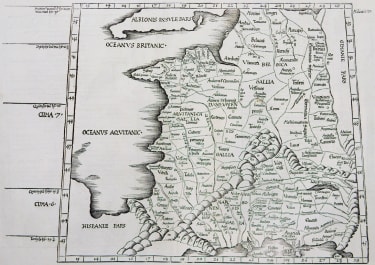 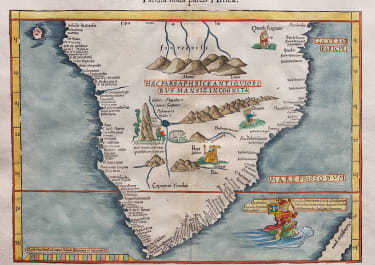 FRIES SOUTHERN AFRICA AFTER WALDSEEMULLER 1522 BUT 1541