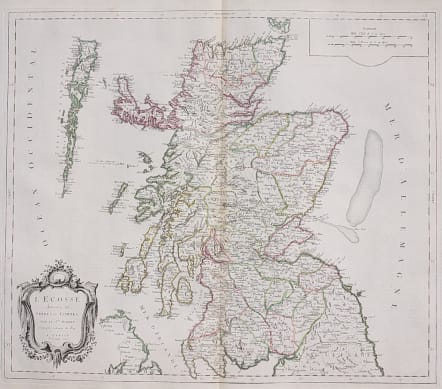 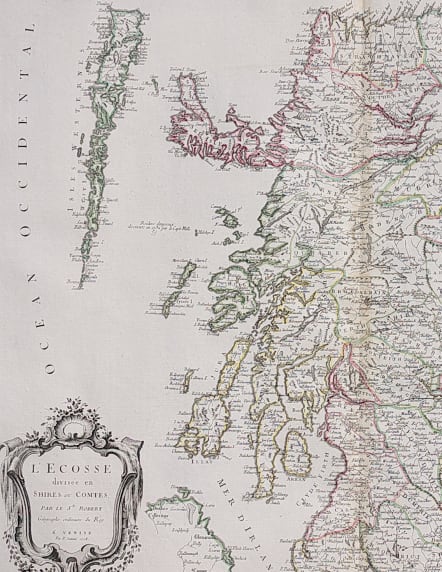 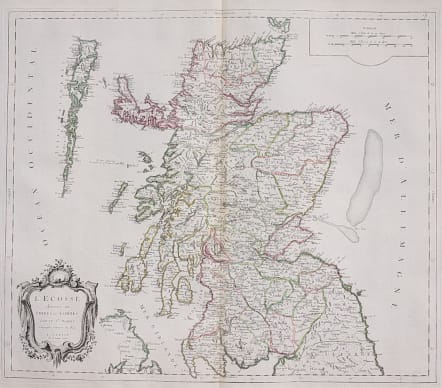 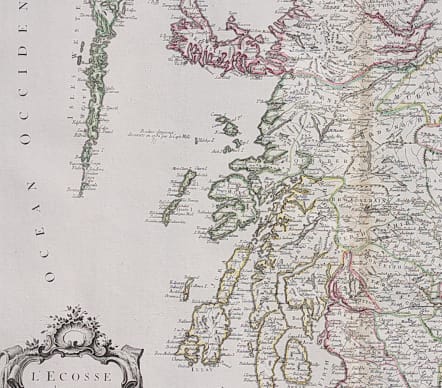 Detailed and attractive map of Scotland. Essentially a re issue of Vaugondy's map of 1750. Cartouche.

Francois [Francesco] Santini was a Venetian map maker who re-issued the works of Robert de Vaugondy, Homann’s Heirs and De L’Isle. At this time, cartography in Italy was at a rather low ebb, so Santini, essentially a publisher rather than a map-maker modelled his work on two of the leading practitioners of cartography in Europe, the French map-makers Gilles and Didier Robert de Vaugondy. Their “Atlas Universel” was first published in 1758, and was much re-issued thereafter. The atlas was a commercial and cartographic success, with widespread influence on map-makers throughout Europe, most notably on Santini, who commissioned a new set of plates, published in 1776, being almost exact copies of the original French maps. 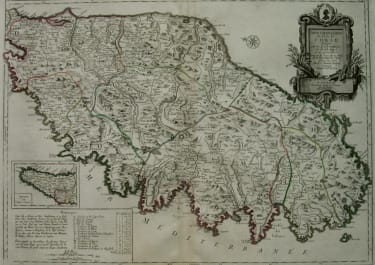 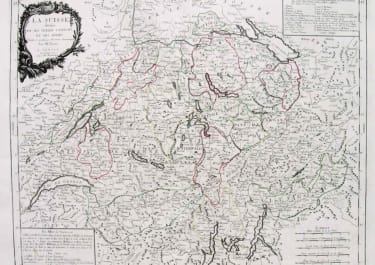 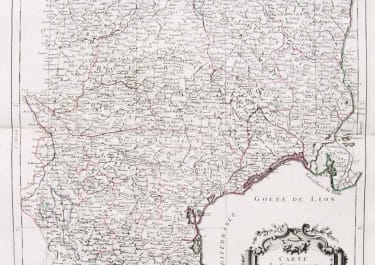 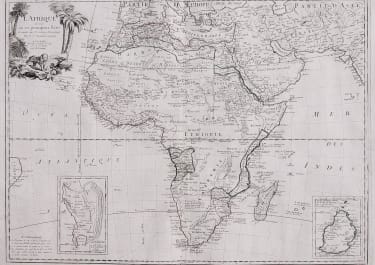 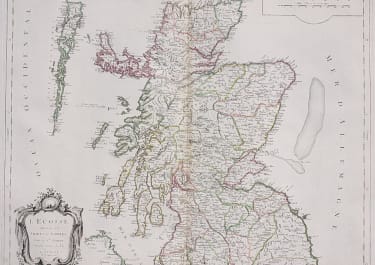 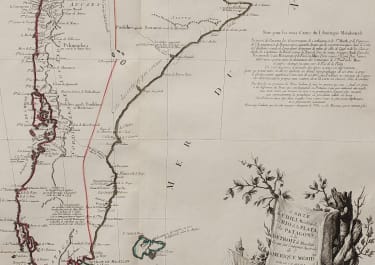