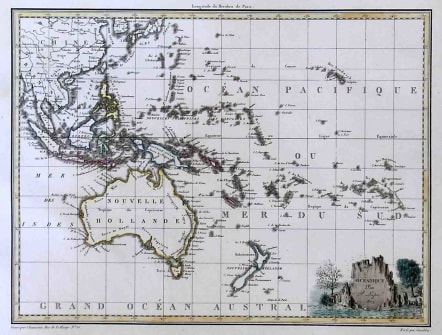 Interesting decorative and rare map of western Pacific and Australia.