Attractive and reasonably rare map of Gibralter by John Gibson for the Gentlemans magazine 1762.

Publication: Published in the Gentleman's magazine

John Gibson, contemporary to Bellin and Bonne, was an important British cartographer of the late 18th century. He produced thousands of maps and was noted as a skilled engraver and sculptor. Gibson's most important work is the pocket sized 1758 Atlas Minimus. Gibson unfortunately was not as astute in his personal life as he was with the engravers pen and spent much of his life in and out of debtor's prison. 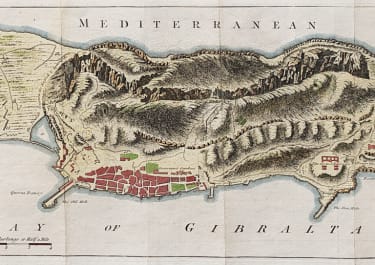