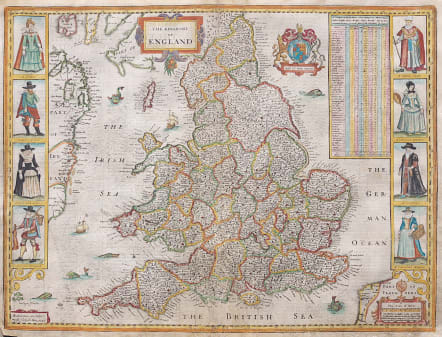 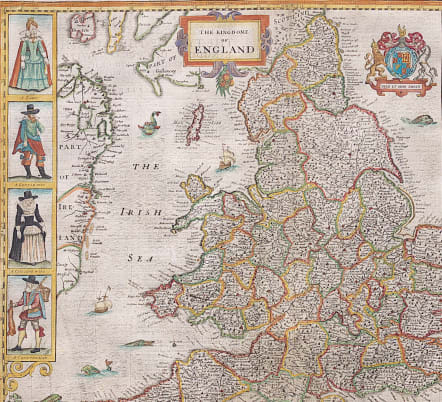 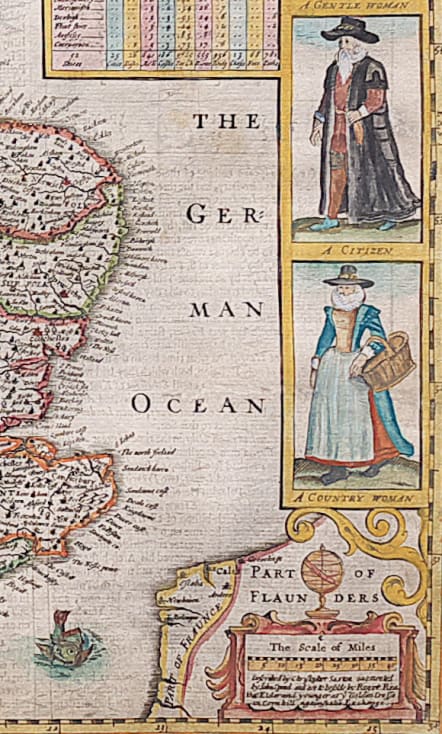 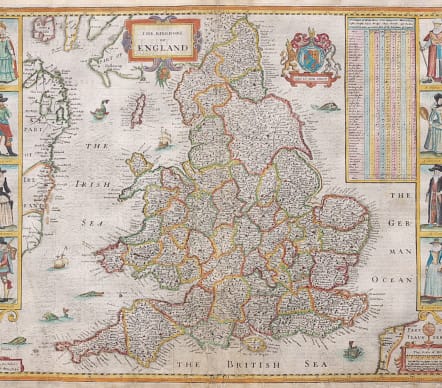 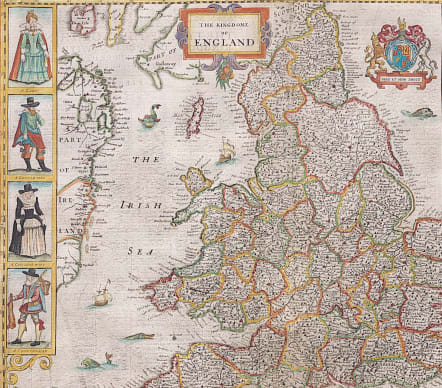 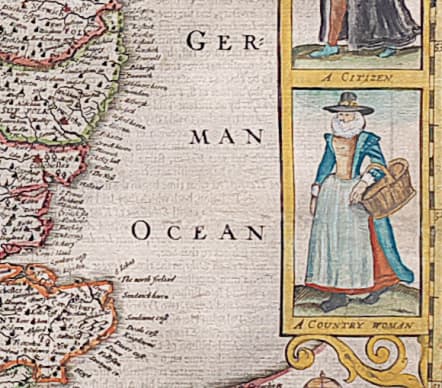 THE KINGDOME OF ENGLAND

Rare example of the Roger Rea issue of the Speed map of England with figures (Carte A Figures map).

Bottom right Sudbury and Humble's names have been removed from the imprint which now reads "are to be solde by Roger Rea the Elder and younger at the Golden Crosse in Cornhill against the Exchange." The Reas had purchased the rights to Speed's work from William Garrett in 1589, who had previously purchased them from the widow of William Humble in the same year. Skelton suggests that the father and son intended a new edition of the atlas for the Restoration of 1660. However, the atlas would appear not to have been published until 1665. "Mr John Speed's... Geography of the Kingdoms of England, Scotland, and Ireland... together with his Prospect... all in one entire Volume, hath been, for seven Years past, out of Print, the greatest part of an Impression, then newly Printed, being destroyed by the late dreadful Fire, 1666". This one and only edition led to rarity of the Rea edition of the atlas. 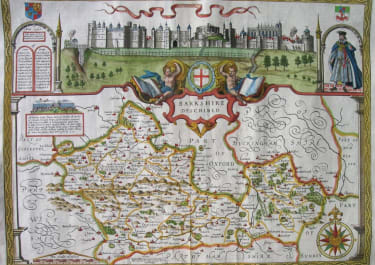 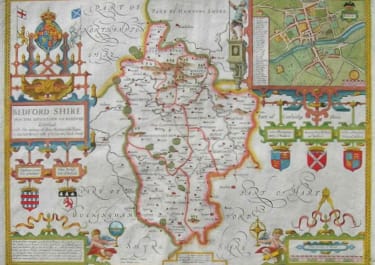 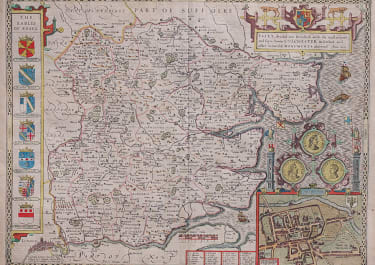 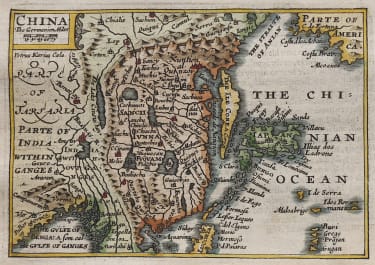