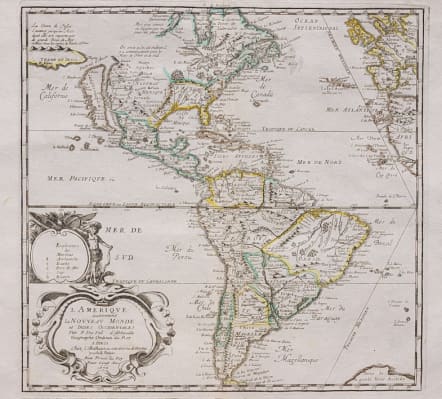 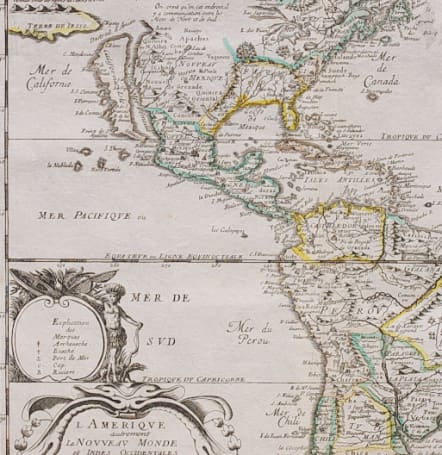 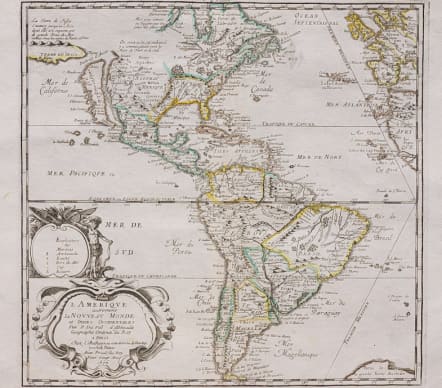 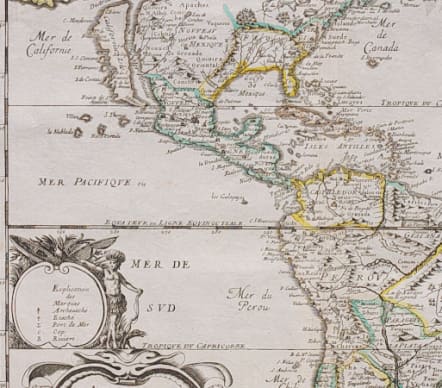 Al Duval maps are uncommon, and feature typical mid-seventeenth century details. California represented as an island, and a relatively early delineation of the Great Lakes, with five shown of which two are open-ended.

Above California is the Destroit d' Anien and the large Terre de Iesso, or land of Jesso, that resulted from confusing reports by De Vries on his expedition in the waters north of Japan. A notation concerning a possible Northwest Passage fills the blank region above Anien. Several colonial settlements appear on the eastern seaboard including Iamestoun, Christina, London : Boston, N. Amsterdam, Manhate.

In South America, the mythical Parime Lake is located in Guiana with its legendary Manoa-el dorado (City of Gold), and there is good detail of the Jesuit missions.

The map includes the western coasts of Europe and Africa and the Prime Meridian goes through the Isle de Fer.

This issue of the plate is identified by the engraved date and added decoration to the title.

Pierre Du Val (1619-1683) was one of the most influential and prolific mapmakers and publishers working in Paris in the third quarter of the seventeenth century. He was the nephew of Nicolas Sanson, the leading French mapmaker of the period, and Geographer to the King of France from 1650. He was also responsible for providing maps for other Parisian editors of the period; Jollain, de Fer and Berey amongst others. 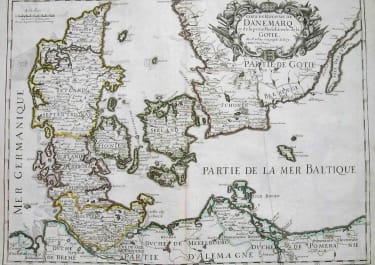 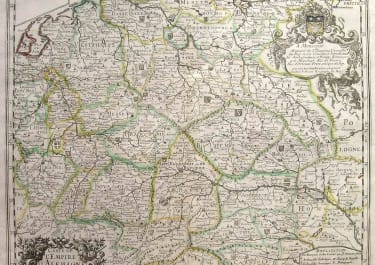 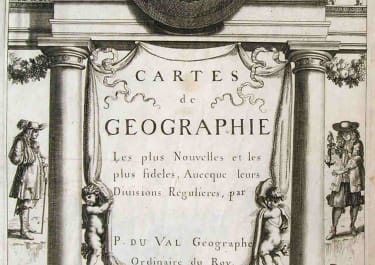 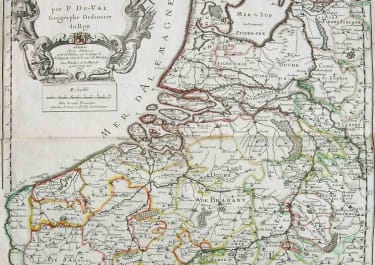 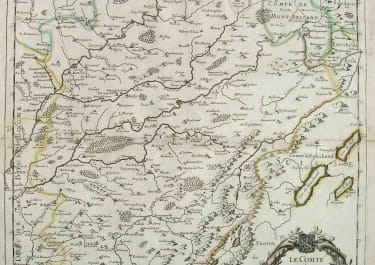 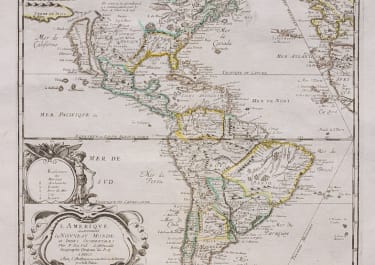 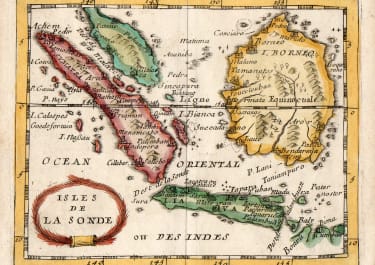 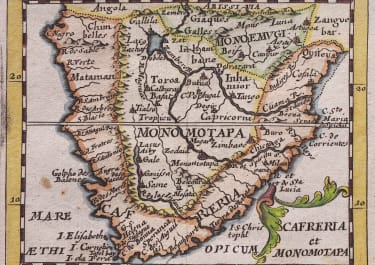 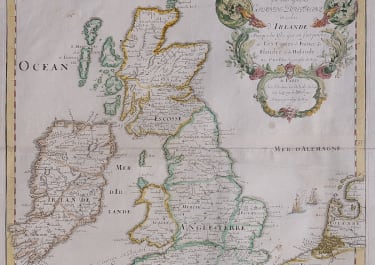