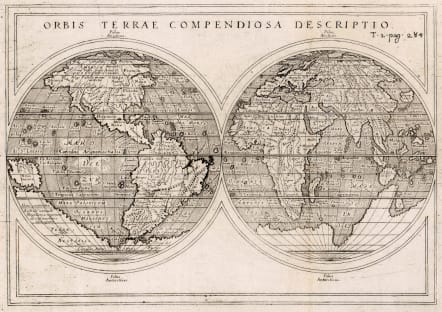 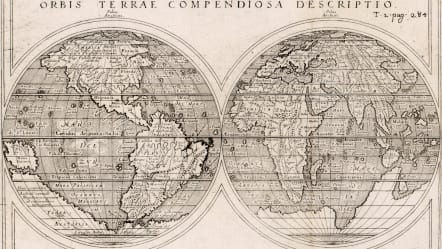 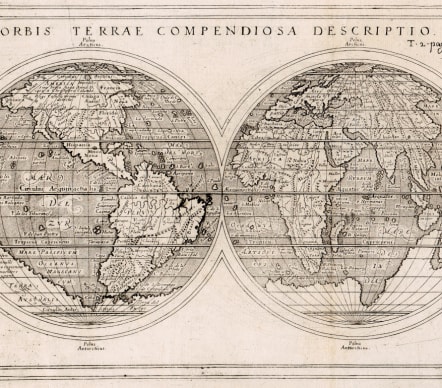 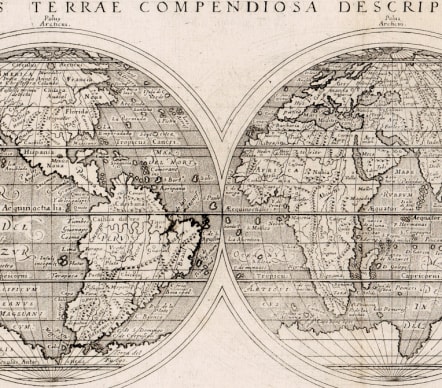 Rare early map of the World, which first appeared in Rosaccio's 1598 edition of Ptolemy's Geographia and was later re-issued with no changes to the original plate by Lasor a Varea in their Universus Terrarum Orbis Scriptorum, published in Padua in 1713.

The map is based upon Rumold Mercator's map of 1587, but with parallel latitudinals. The projection of North America is similar to the Zaltieri/Lafreri maps of North America, with a terrific projection of NW Coast of America. Large Terra Australis. Fascinating depictions of the NW Passage, NE Passage and Asia. Curious shape for Florida. Predates the explorations of Le Maire & Schouten, which rounded Cape Horn and established that there was open water south of Tierra del Fuego and the Straits of Magellan.

The map was published in a monumental work Universus terrarum orbis scriptorum calamo delineatus by Lasor a Varea in pagva in 1713. 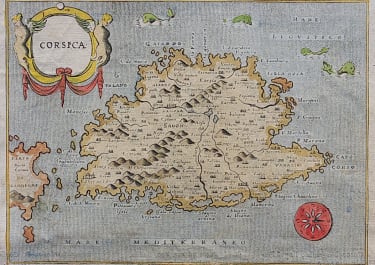 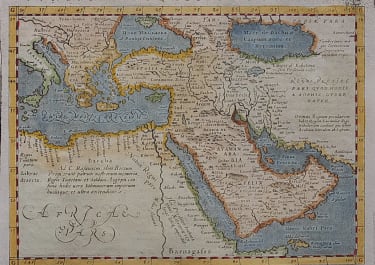 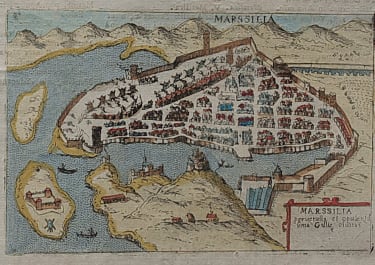 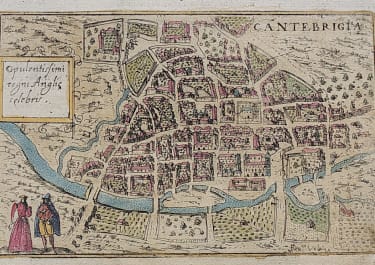 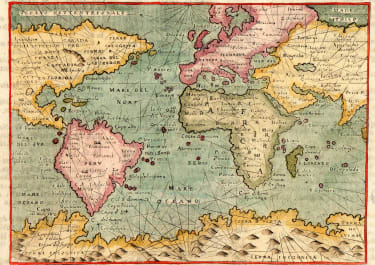 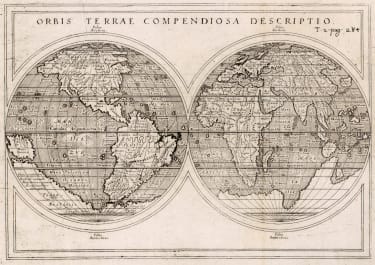