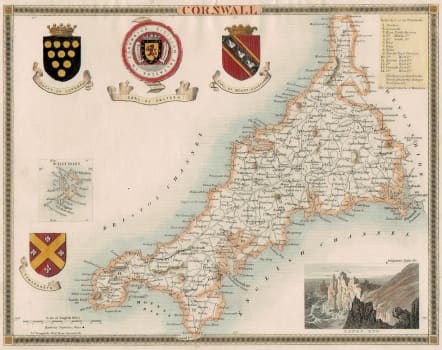 Moule maps highly decorative county maps were published between 1836 and 1839, in English Counties Delineated,and then in Barclay's Dictionary up to c.1852.

Maps by Thomas Moule (1784-1851) are probably, with those by Speed, the best known of all series of English county maps. Issued from 1830, the maps combine a clarity of cartographic style with immense detail, by way of vignette views, scenes and portraits relating to the county shown, often set within a gothic architectural or floral surround into which armorial devices and so on are worked. As editions of the maps were published, first in “The English Counties Delineated” and later in “Barclay’s English Dictionary”, the development of the network of railways throughout England can be observed.

Moule, like many other map-makers and map-sellers before him, was a man of many talents. As an author his output included books and papers on topography, history, genealogy, heraldry and architecture; the maps he designed show elements of these studies. The maps and plans produced for Moule’s “English Counties Delineated”, originally issued as a part-work, include maps of each English county, the towns of London, Bath, Boston, Portsmouth and Plymouth, and the Isles of Wight, Man and Thanet. Frequently entitled “the last series of decorative county maps”, they are good informative maps, as popular now as they were in the early years of Queen Victoria’s reign 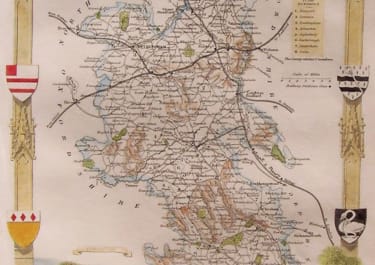 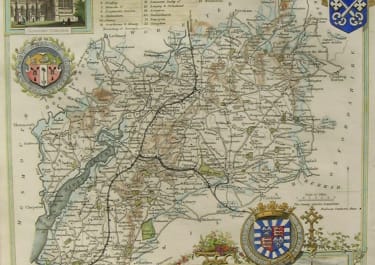 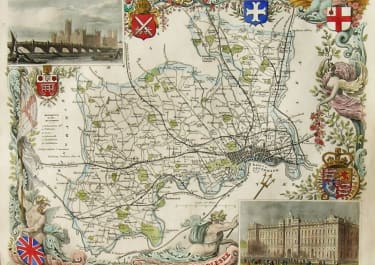 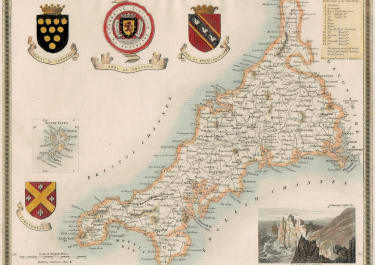 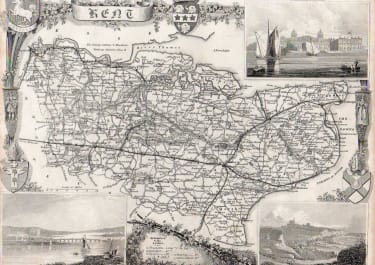 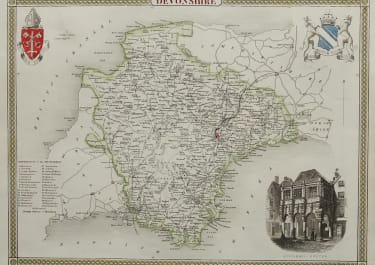 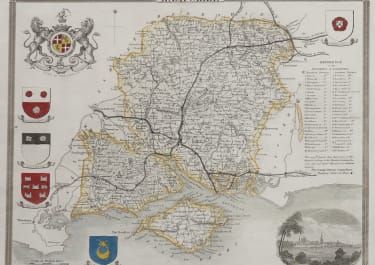