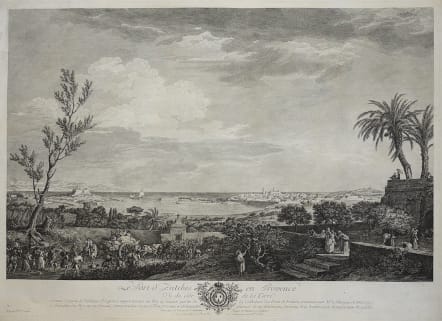 From the Series Ports De France.Claude-Joseph Vernet's greatest commission was a series of pictures of the ports of France (Paris, Musee de la Marine).

Galleons in the harbour, Fort Carre .The Fortified town of Antibes with the Cap Behind.

This is a fine example of the quality of French Eighteenth century engraving.

Antibes is one of the rarer and most sought after. Uncoloured as issued. 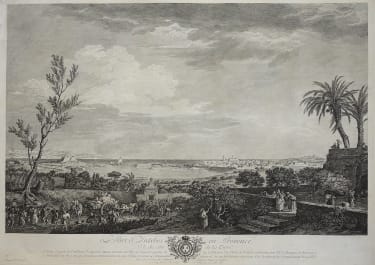