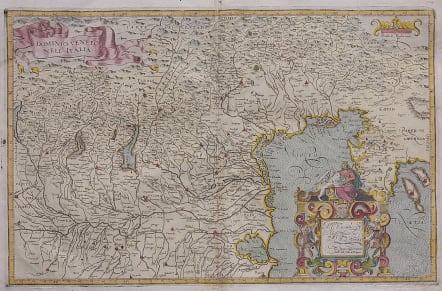 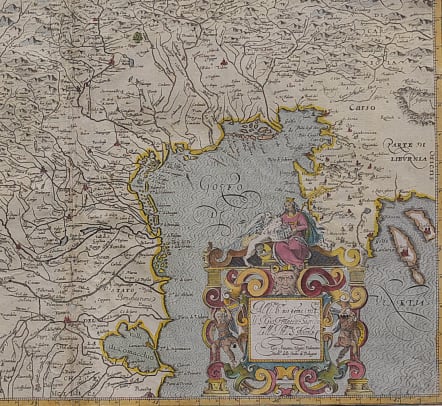 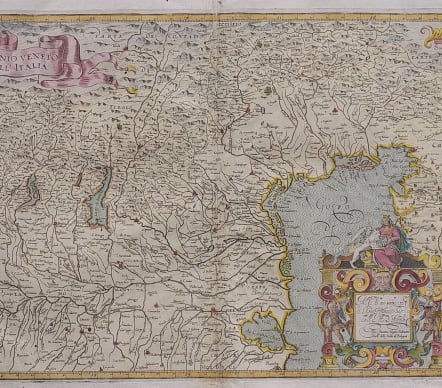 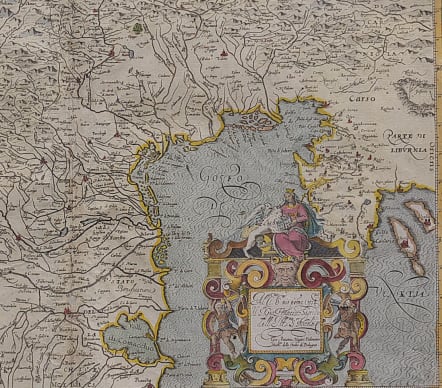 Extending from the Gulf of Venice to Milan and North to the Lakes District and the Alps. Fine elaborate detailed cartouche in Magini's inimitable style.

A little wear on centre fold not detracting from map.

Giovanni Antonio Magini (1555-1617) was born in Padua, Italy, and studied medicine, mathematics, astronomy and philosophy at the University of Bologna where he was later to become a professor of astronomy. He corresponded with many of the renowned figures of the age including Ortelius, Tycho Brahe, Galileo and Johanes Kepler. He authored various works on astronomy and also produced the first printed atlas of Italy, which was published posthumously by his son Fabio. Other works included the "Geographiae Universiae" (1597) and "Moderne Tavole Di Geografia" amongst others. 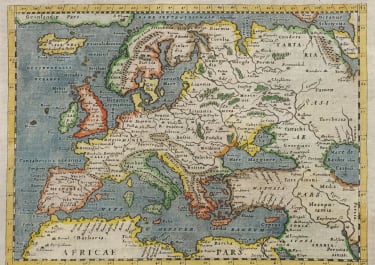 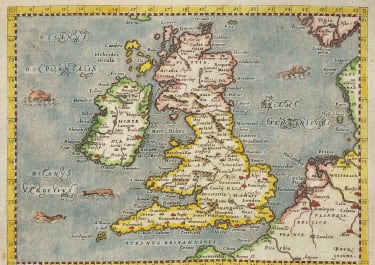 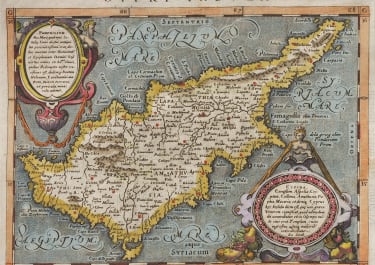 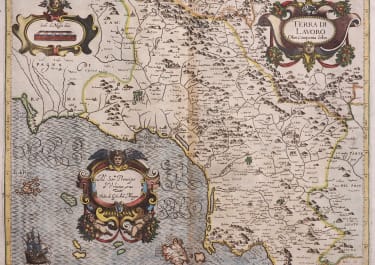 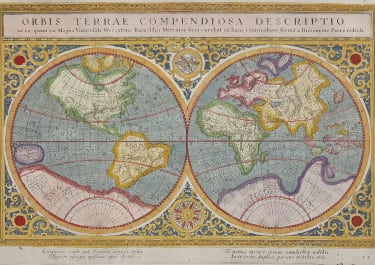 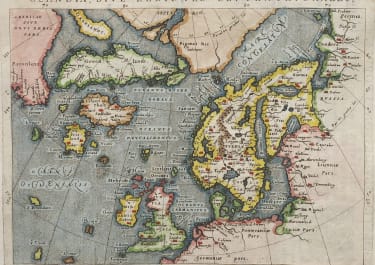 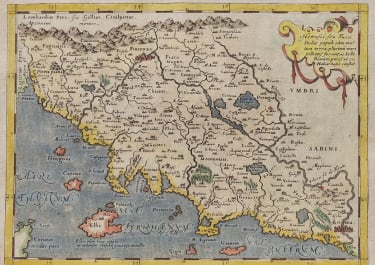