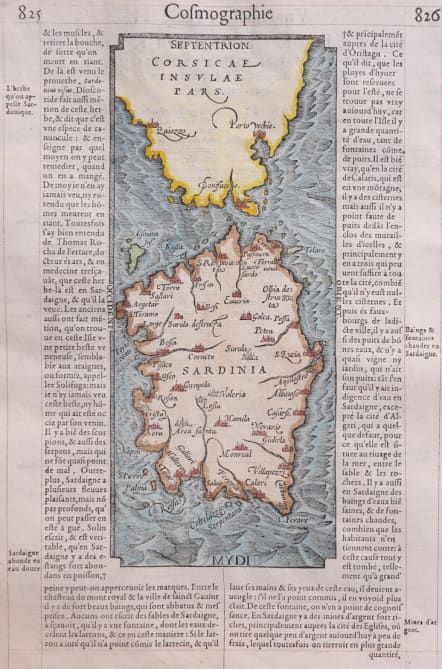 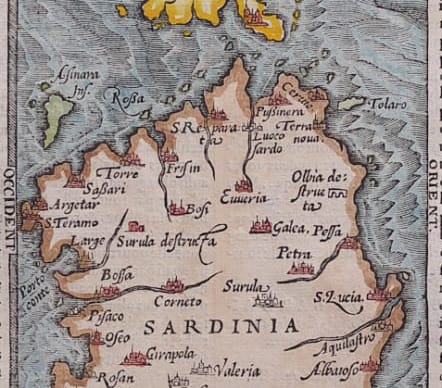 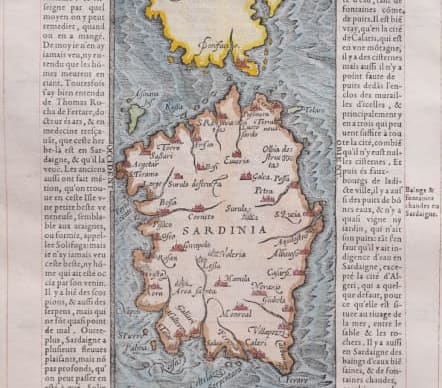 Rare map of Sardinia by Belleforest from his 1575 Cosmographie..Labelled as a French version of Munster but in fact contains many more maps of France Italy etc .

Set in a page of text

François de Belleforest was a French writer, translator and poet during the Renaissance. In 1568 he became historian of King Henry III, but had to give up soon because of inaccuracies. He worked as a writer and translator and transferred the Cosmography of Sebastian Munster into French. La Cosmographie universelle de tout le monde was published 1575 in Paris and was created in collaboration with the two Parisian publishers Nicolas Chesneau and Michel Sonnius. He has not used Sebastian Munster as sole source, several maps and views are based on Ortelius and Braun / Hogenberg, but also own work and unknown sources are found in the important work. 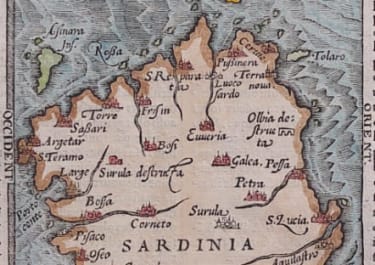 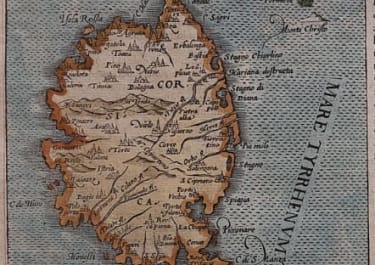 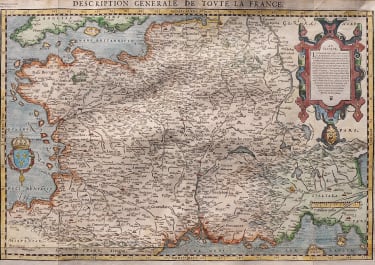