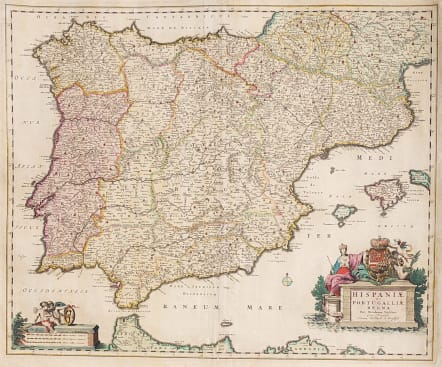 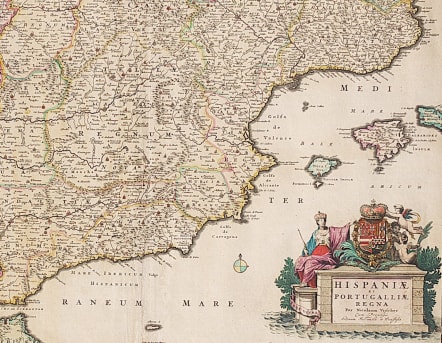 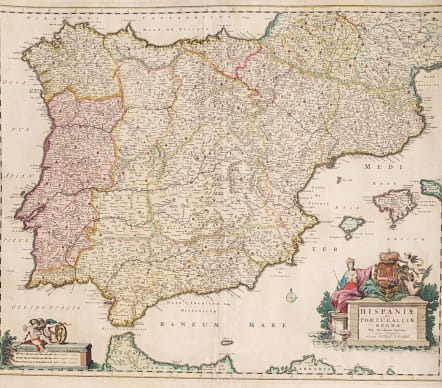 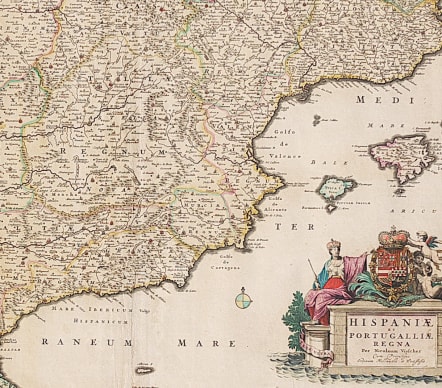 A finely engraved and detailed map of Spain and Portugal, issued by Nicholas Visscher . A large decorative title piece supports the royal coats of arms. 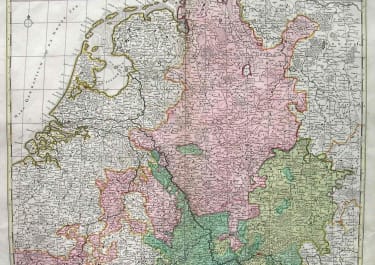 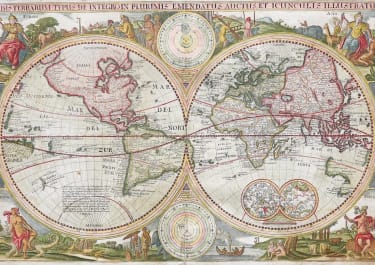 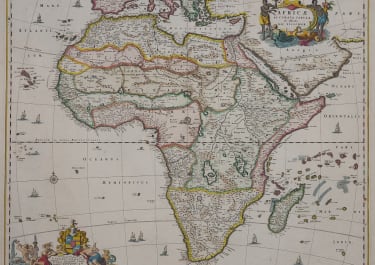