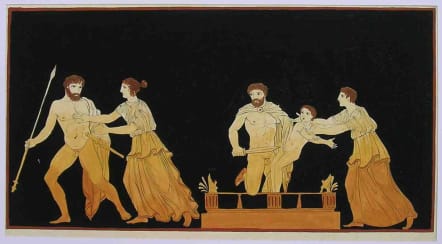 This magnificent, hand-colored engraving is from Sir William Hamilton's Collection of Engravings of Antique Vases published in Florence between 1801 and 1808. Many of the prints from this work are based on Greek Mythology and feature various subjects including horses and chariots, nudes, pottery, soldiers, weapons, royalty, and mythical animals. Hamilton was an ambassador from Great Britain to the Kingdom of Naples when that city was enjoying its Golden Age. During his time as ambassador, there were extensive excavations in Herculaneum, Pompeii, and other parts of southern Italy which were formerly occupied by Greeks. Hamilton, a lover of art, took the opportunity to grow his collection of antique vases. Excellent condition Hamilton bought the Porcinari collection, a noted collection of Greek vases, and had them drawn and engraved by Johann Heinrich Wilhelm Tischbein before reselling them to the British Museum in London. The first four volumes of Tischbein's magnificent engravings were published in the late 1700s. 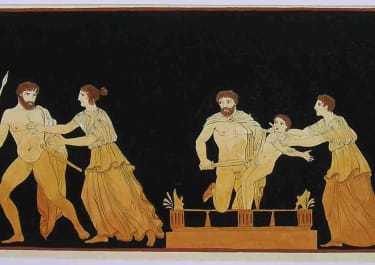 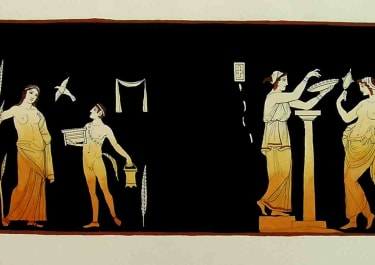 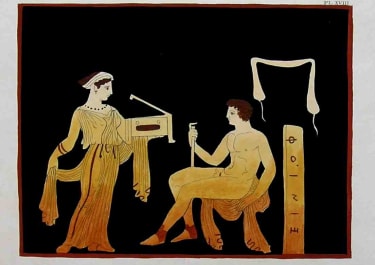 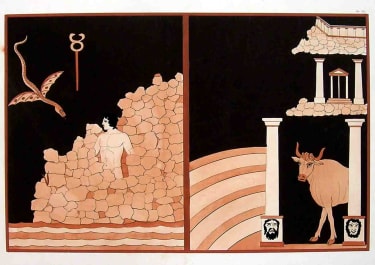 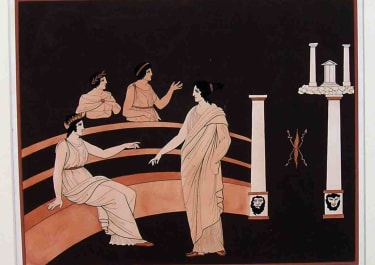 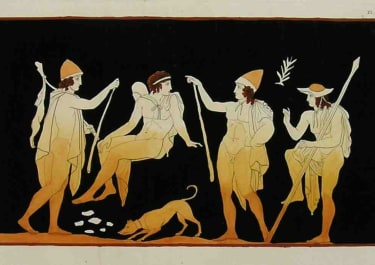 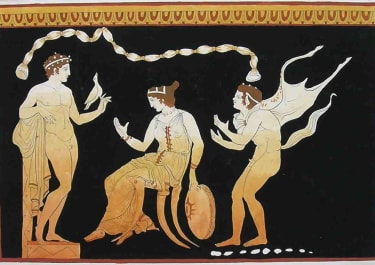