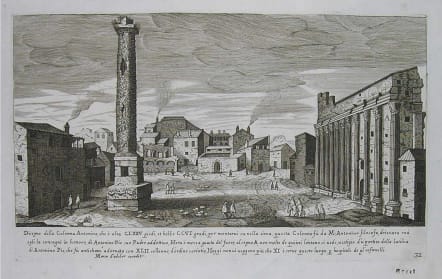 Rare and early copper engravings by Aegidius Sadeler (c. 1570-1629)from Vestigi delle antichità di Roma Tivoli Pozzuolo et altri luoghi.Interesting Place with Antonius' Column and a Temple built by Hadrian (Which later became the Stock Exchange) "Disegno della Colonna Antonina...".This is the second edition published by De Rossi.Uncommon engraving in very good condition. Aegidius Sadeler (c. 1570-1629) was a Flemish baroque era painter and engraver; the best (Hind) of a notable dynasty of engravers, who were also significant as dealers and distributors of prints. He spent most of his career based in Prague where Emperor Rudolf II commissioned many of his works. 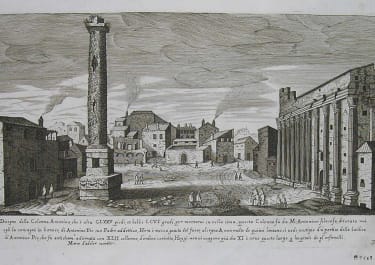 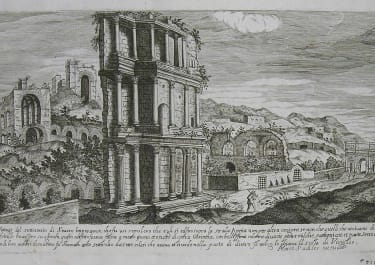