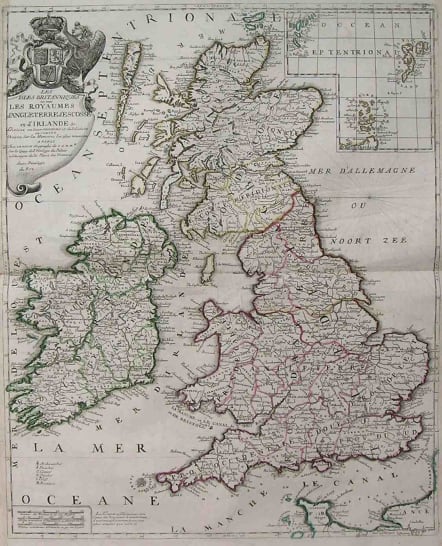 Rare map of the British Isles by Nolin,the elder,probably based on Coronelli,who Nolin was working with at the time. Interestingly at the bottom of map there is an advertisement for the 3 maps of England,Scotland & Ireland that Nolin produced with Coronelli. Decorative cartouche with the emblems of England,Ireland & Scotland. Original outline colour.

J. B. Nolin set up the family publishing business in Paris in the Rue St Jacques where he engraved and sold a wide variety of maps, on some of which he wrongfully used the titles 'Engraver to the King' and 'Geographer to the Duke of Orleans'. On a complaint by Guillaume Delisle he was accused and convicted of plagiarism but his business continued to flourish.

Many of his maps were based on the work of Vincenzo Coronelli, the Italian cartographer and of another French geographer, Sieur de Tillemon (Nicholas de Tralage). His most notable work was the publication in 1696 of a World Map on one sheet based on J. D. Cassini's 24-ft planisphere housed in the Paris Observatory.

His son JEAN BAPTISTE NOLIN (1686-1762), continued the business for many years and prepared an Atlas General which was published posthumously in 1783. 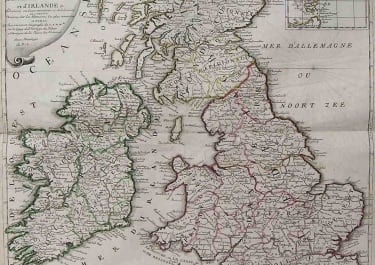 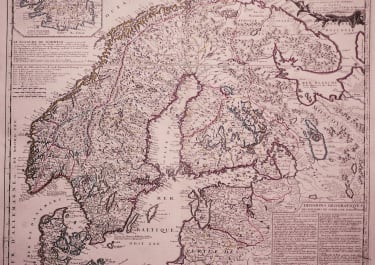 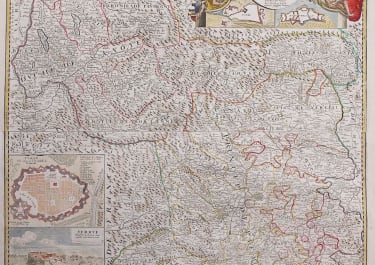