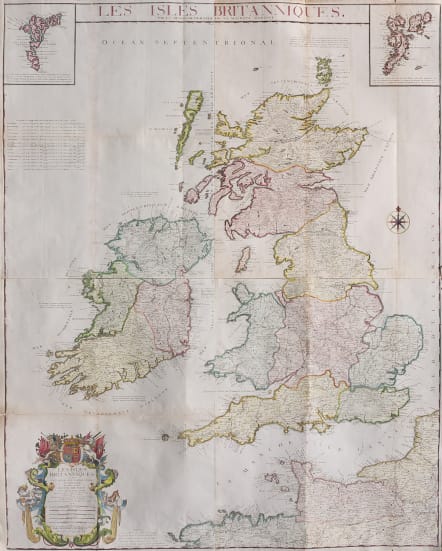 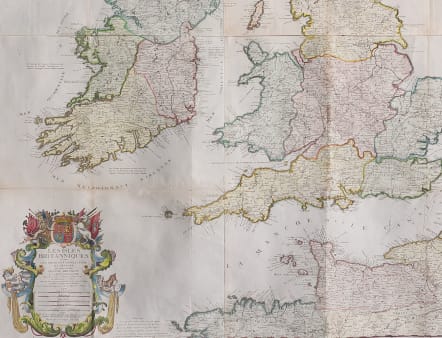 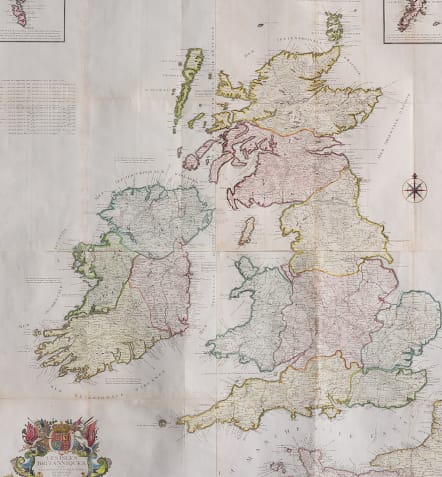 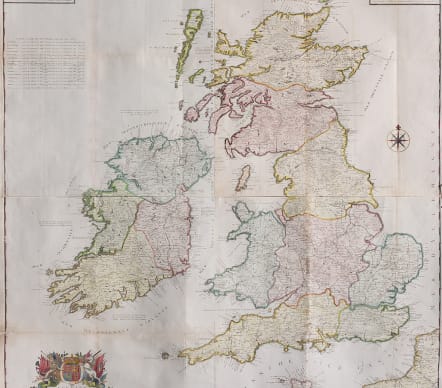 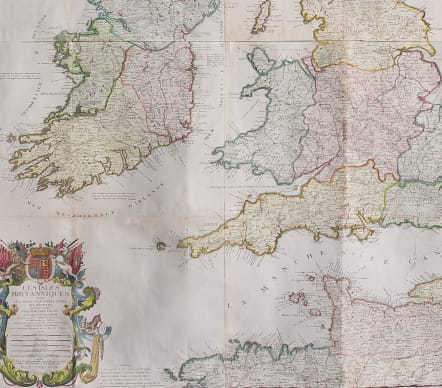 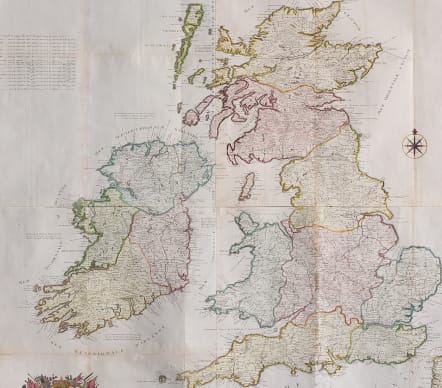 Stunning large wall map of the British Isles by Desnos.

A large and colourful map of the British Isles, marking the major roads, with insets of the Shetlands and Orkneys and a large title cartouche.

4 folio sheets; here the top 2 and bottom 2 have been joined ( But top and can be joined if wanted or sent to be joined by framer)

Flattened folds ... Not laid down 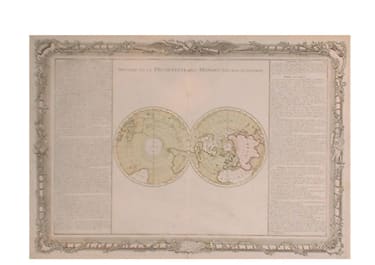 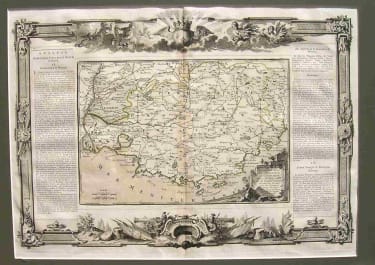 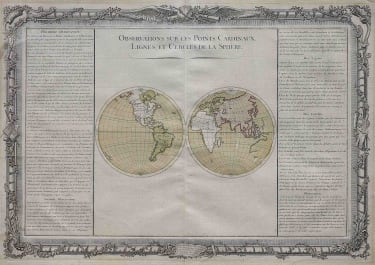 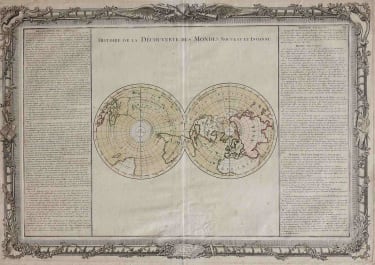 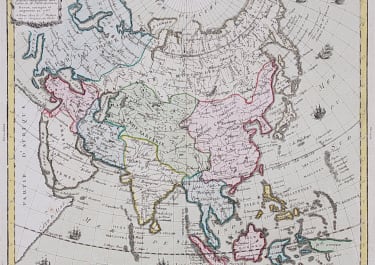 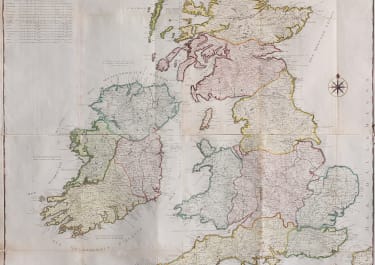